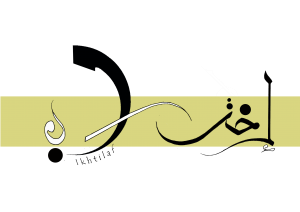 From Human mobility to Migration, what has changed?

The natural tendency among humans to change places of residence since the dawn of humanity has suddenly been transformed into a hot issue that benefits populist agendas. Most western countries are hard hit by the decrease in births and are facing challenges related to labor and even the general regeneration of the population. The waves of migration that hit their shores represent an opportunity for their economies, yet nationalist politics create the fear of migrants and equate them with insecurity and instability.  Consequently, there appears to be a clash between the extraordinary increase in economic exchanges between countries and the tense political atmosphere that accompanies the human dimension of these exchanges. The desire to limit international exchange to mercantilism served by security-oriented politics runs counter to the globalization of economy and of the labor market. It also begs the question of the environment, and the political and social instability that is constantly shaping and deforming entire regions.  On the hand, the single most determining character of migration is shiftiness. With the help of new technology and social networks, motivations, objectives, routes, demographics are constantly changing. New forms of solidarity and humanitarian support are emerging thanks to the work of civil society organizations despite multiple constraints exercised by governments. A whole economy is also emerging around care and assistance to refugees and migrants where funds are made available to major international NGOs and their local branches or partners. Employment and career prospects in this branch of the CARE Economy appeal to hundreds of young people. On the negative side however, populism is feeding on the issue of migration to advance its political agenda in receiving western countries that continue to benefit from the cheap labor and qualified human resources that migration provides.

Therefore, what we witness today is that worldwide new paradigms of human mobility concomitant with new systems of support and assistance are being set up, yet only geopolitical issues, particularly those relating to borders and security attract media attention and political debates on migration.

In addition to discussing all these aspects, the objective of the third issue of Ikhtilaf is to promote multidisciplinary approaches in the study and treatment of contemporary forms of human mobility as inseparable from economic, political, social and environmental issues, and their socio-cultural consequences.

To send an article, please visit the Submission Guidelines page.

“Addressing extremisms and terror: critical humanities in an age of confusion”

Ikhtilaf,  Journal of Critical Humanities and Social Studies invites scholarly articles, book reviews, and review essays for its second issue on “Addressing extremisms and terror: critical humanities in an age of confusion”

The 21st started off badly, contaminated as it were by the fin de siècle uncertainties and confusions of the 1990’s (the fall of the socialist/communist bloc, the first Gulf war and the great divide it opened between the West and the Islamic world, the massacres in Rwanda, the quasi-failures of decolonization, the triumph of global capitalism and the widening gap between North and South …). “Western democracy” a long-time inspiration to the forces of change in developing countries is showing signs of its inherent and hitherto well-hidden incapacity to accommodate ethnic and cultural differences. While the postcolonial and independent states registered massive failures in development, human or otherwise, producing nothing more than sophisticated systems of corruption. In the midst of this confusion, the world has become troubled and insecure. Deeply frustrated people are resorting to political extremism to express their rejection of “the new world order.” Whether in the West or the Rest, scores of people are falling for populist propaganda and other discourses oversimplifying the world’s complexity and promising easy solutions all focusing on blaming others (migrants, foreigners, infidels…etc.) Millions of people from the Global South are forced to flee war, and environmentally stricken zones, while rich countries of the North are barricading themselves by constructing real and symbolic walls. Even inside the rich countries barricades are set up between the privileged minority and the lower classes suffering from poverty, unemployment and general lack of opportunity. On either side of these “walls” thrive a rhetoric of hate, fear and demonization of the other. Intellectuals, once the bearers of humanity’s conscience are replaced by “experts,” and critical thinking (emancipatory and transformative) is replaced with technical expertise. In this context of uncertainty, and with the dominant technicality and compartmentalization of knowledge production, the dominating discourses of science, politics and religion seem incapable of enlightening people on how to deal with the extremely complex realities of the world.

The second issue of Ikhtilaf intends, therefore, to contribute to the ethical and critical turn in the humanities and social sciences championed by decolonial, postcolonial, post-development studies. More specifically, it wishes to stress the role of “Critical humanities” — multidisciplinary critical practices that seeks to renew critique—in providing alternative analyses to the current crisis of xenophobia, Islamophobia and the general resurgence of political-religious extremism and terror across the world.

To this end, the journal invites innovative and original articles that address issues related to alternative, resistant and counter-hegemonic narratives to the actual discourses of division, suspicion and rejection of difference and the essentialisms that underpin them. Authors are encouraged to propose studies in literature, cinema, theatre, the arts, grassroots and social movements that offer constructive visions and experiments of the world’s plurality and heterogeneity.

All submissions are blind-reviewed; therefore, authors’ names should appear only on the cover page.

All submissions should Include an abstract and a brief biographical statement which indicates current academic title and/or affiliation(s), recent and forthcoming publications (title, press, and publication date), and any other relevant information.

Format:
Contributions should be sent by email as a Microsoft Word (.docx) attached file. The journal uses the stylistic guidelines set forth in The Chicago Manual of Style. However, page references in the text of an essay are formatted in MLA style (parenthetical form). Use endnotes rather than footnotes for all substantive comment and bibliographic information. For emphasis Italics are preferred over bold face.

Each research manuscript should include the following:

1- A cover page that contains: a) Author’s manes and the title of the manuscript, b) An abstract that does not exceed 200 words, c) 4 to 6 keywords

Length:
While we are flexible with length, we prefer manuscripts to range between 4000 and 6000 words, including the title, abstract, keywords, footnotes, references, appendices, and any additional reference.

All other pieces could fall anywhere between 1000 and 4000 words, including the title, footnotes, bibliography, and any additional reference.

While Ikhtilaf Journal supports the free and indiscriminate access to information, it does not tolerate plagiarism under any form. Acts of plagiarism will instantaneously disqualify the manuscript from consideration and revoke its author’s right to submit again.

Ikhtilaf, Journal of Critical Humanities and Social Studies is a refereed Open Access interdisciplinary publication of the Identity and Difference Research Group affiliated with Université Mohammed Ier, Oujda Morocco. Ikhtilaf is an Arabic word that means both “difference” and “differend” (french for conflict, aporia etc…) The Journal’s mission is to stress difference in thought at a time that forced (globalized) sameness is threatening to stifle creativity, innovation and intellectual freedom. Grounded in the core disciplines of the humanities, Ikhtilaf encourages interdisciplinarity and seeks to bring together humanities and social studies to stress the centrality of critical discourse in our collective response to the crucial interrogations of the twenty-first century. Focusing on North Africa, the Middle East and their relations to African, Asian and European histories, realities and trajectories, Ikhtilaf aims to apply the distinctive research methodologies and approaches developed within the disciplines of the humanities to the study of a wide range of local and regional issues that are of global and transnational significance.